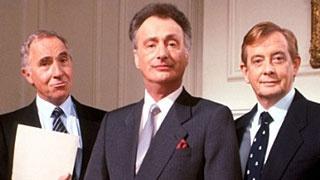 One of my favorite televisions shows growing up was The Basil Brush Show. A Saturday evening puppet show featuring comedy sketches, musical numbers and – my favorite part – “story time,” where the straight man co-star, Mr. Derek, would attempt to read a story while Basil made constant interruptions.

Basil and Mr. Derek enjoyed such a wonderful repartee that it was easy to believe that Basil wasn’t a puppet at all! It took a good actor to pull off such camaraderie with a puppet, and Derek Fowlds was just that – an excellent actor, who played the straight man roles to perfection.

While I knew and appreciated “Mr. Derek” along with most other telly-watching kids in the early 1970s, the 1980s found Fowlds appealing to a whole new generation as Bernard Woollery in Yes, Minister and Yes, Prime Minister.

Fowlds, died at Royal United Hospital in Bath on January 17th at the age of 82. He was preceded in death by his fellow original Yes, Minister stars, Sir Nigel Hawthorne and Paul Eddington.

After the success of Yes, Minister, the 1990s found Fowlds playing a very different character, when he appeared as a crotchety police sergeant in the Yorkshire based police series, Heartbeat. The show ran for 18 years and Fowlds was one of only two actors that stayed with the program from its first episode in 1992 until its last in 2010. By all accounts Fowlds’ role of Oscar Blaketon couldn’t have been more different to his real-life persona.

You couldn't have met a nicer person ever," said his assistant Helen Bennett, who added, "He was the most beloved man to everybody who ever met him, he never had a bad word to say about anybody and he was so well respected, adored by everyone."

Fowlds grew up in Hertfordshire, where he’d moved to from south London, with his mother and sister at the age of three, following the death of his father. He left school at the age of 15, but by then he had already caught the acting bug. So, while working as an apprentice at a printers, he also performed with a local amateur dramatic society. After completing his National Service in the RAF as a wireless operator, Fowlds won a scholarship to train at the Royal Academy of Dramatic Arts in London.

On graduating from RADA in 1960, Fowlds began his career as a professional actor. Since that time, until his last television appearance in 2017, not a year went by that Fowlds didn’t appear on television, albeit to start with in small roles. He made his West End debut in 1961 in The Miracle Worker and in 1963 appeared on Broadway in a play called Chips With Everything.

Fowlds’ first marriage was to the daughter of Sir Geofroy Tory, the British Ambassador to Ireland. The couple divorced in 1973 after 9 years. His second marriage was to a popular children’s television presenter, Leslie Judd. The couple separated after a year. Fowlds’ partner of 36 years, Jo Lindsay, died in 2012. Fowlds is survived by his two sons Jeremy and Jamie. 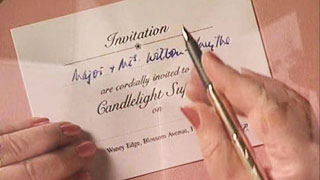 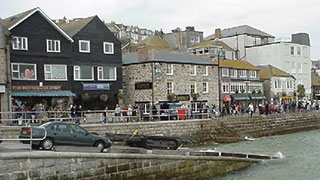