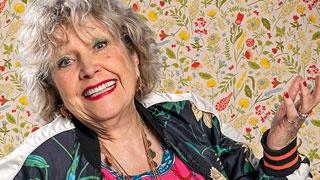 I remember watching Reid in Coronation Street, when I was a child. Reid joined the cast of the longest-running soap opera in the history of television in August of 1961, just eight months after the soap debuted. Initially, she was only meant to stay for a couple of months, but a year later her character, Valerie Barlow, returned and married one of the series’ lead characters.

Reid stayed with Coronation Street until 1971, when she decided it was time to leave. There was no going back, as her character was killed off after being electrocuted by a faulty hairdryer plug. The character’s death left viewers devastated, but as Reid said in an interview with the Radio Times a few years ago she was “desperate, really desperate to go.” One of the reasons was to do other things, the other was to raise “the love of her life,” her son Mark, who was born the year she left Coronation Street.

After leaving the series, Reid made the occasional television appearance, but for the next decade mainly focused on bringing up her son, looking after her mother who died in 1980, and tending to her sick husband, television producer Peter Eckersley. After the death of her husband in 1981, Reid resumed her acting career with a vengeance and since that time the almost 85-year-old actress hasn’t stopped working. Her roles have been wide and varied – from the grouchy Lady Denham in Sanditon, to a bloodsucking alien in Doctor Who, to playing Daniel Craig’s much older lover in the 2003 film The Mother. And of course, the Last Tango in Halifax series.

Reid’s very first television appearance was in The Benny Hill Show in 1957. Not long after the RADA trained actress played a barmaid in the 1958 series The Adventures of Robin Hood. According to Reid “it was hysterical. The scenery used to shake because it was all made of cardboard.” Television production values have certainly come a long way in the last 60 plus years and we hope you find our Afternoon Tea comedies funny for all the right reasons. 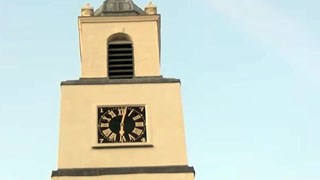 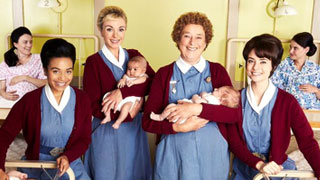