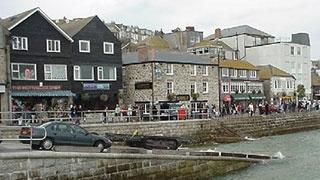 Candlemas is to the British what Groundhog Day is to Americans. Both are long-standing February 2nd traditions and both are looked on as a means of forecasting the weather. Here, an early spring is forecast if Punxsutawney Phil emerges from his burrow and in the absence of seeing his own shadow decides to hang out with several thousand onlookers. While on the other side of the pond, they make do with a simple poem.

“If Candlemas Day be fair and bright,
Winter will have another flight
But if it be dark with clouds and rain,
Winter is gone, and will not come again.”

Another British custom taking place in February is the Cornish game of Hurling the Silver ball. In St. Ives, this annual team game takes place as part of the town’s ancient Feast which is celebrated on the first Monday after February 3rd. The object being thrown around is a cricket ball-sized ball made of apple wood coated in silver, which participants attempt to grab from each other as they traverse the town. The game kicks-off at 10:30am, with the ball being thrown by the Mayor from the balcony of the Town Hall. It concludes on the stroke of midday, when the last participant holding the ball hands it back to the Mayor, who rewards the victor with a silver coin. Formerly played by the men of St. Ives, it’s now only the children that play.

That is most definitely not the case in St Columb Major, the only other Cornish town where the game is played. There the game is played between two teams of several hundred people, known as the “townsmen” and the “countrymen”. Each team attempts to carry the ball through the 25 square mile town to goals which are placed two miles apart. The game kicks-off at 4:30pm with the ball being thrown out to the crowd from atop a stepladder. A large scrum thereby ensues and for the next 45 minutes or so, the players vigorously endeavor to get possession of the ball and "score" the winning goal.

Although decidedly not for the meek, with scrummages, tackles, and rough and rowdy behavior that has the shops in the town barricading their windows and doors lest they get damaged, the game frequently slows down in order to allow the children of the town to participate. During these downtimes, spectators are also encouraged to touch the ball, as doing so is said to bring luck or fertility.

Unlike St. Ives, St. Columb Major doesn’t award a prize for the winner. Instead the “winner of the ball” is carried back to Market Square on the shoulders of his singing teammates. A few hours later, the ball is put back into use, as the winner takes it around all of the pubs in the town, where it is immersed in gallon jugs of beer, which are then shared amongst all those present.

Here's a fun archival clip about "The Battle of St. Columb": 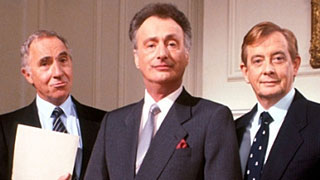 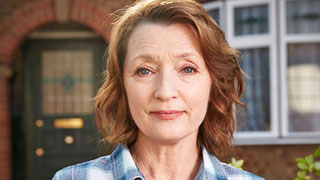