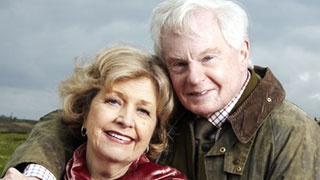 After a three-year hiatus Last Tango in Halifax has finally returned! At least on British television, where the first episode of season five aired on February 23rd.

The new series, which has fast forwarded by seven years, is reportedly as compelling as ever to watch, and the four main characters, Alan, Celia, Gillian and Caroline are all back. So too is Alan’s brother, played by Timothy West. He jets in from New Zealand and it looks like he might be around for a while seeing as he only has a one-way ticket – he’s also not come alone.

There’s no word yet on when season five of Last Tango will air here, but hopefully we won’t have to wait too long.

It’s not just viewers who’ve missed Last Tango, the series’ actors have also been longing for its creator, Sally Wainwright, to pen a fifth series. In fact, according to an interview she gave, Anne Reid, who plays Celia, was so “desperate to get back,” she even tried reverse psychology on Wainwright by publically announcing that “she just won’t write any more.”

Derek Jacobi, who plays Alan, was a little more understanding of the fact that Wainwright had been “terribly busy” writing two other hit series –

Gentleman Jack and Happy Valley. But he admitted to always keeping his “fingers crossed” that Last Tango would return.

Despite Reid’s admonishments and Jacobi’s yearnings, it was actually Sarah Lancashire and Nicola Walker, who play Caroline and Gillian, that finally got Wainwright writing again – and they didn’t even have to do or say anything. Instead, as they sat chatting over dinner with Wainwright, she thought their conversation was so hilarious that, as she listened to them, she found herself thinking “I’ve got to write something for them.”

“It was thrilling when we suddenly got told that we were going to be doing four more episodes,” said Jacobi and his co-star and good friend Reid couldn’t have agreed more.

“It’s wonderful, it’s absolutely wonderful to be back with my friend again. We weren’t sure we would ever get to do any more,” gushed the 84-year-old actress.

One of the reasons Jacob enjoys playing Alan so much is the opportunity to play someone quite different to his usual roles. As the 81-year-old actor explained “I love playing Alan because my reputation is a bit classical, a bit costume, a bit Shakespeare. And suddenly I was asked to play this ordinary Northern guy. I am an ordinary East End guy, so it was lovely to drop the posh."

Reid also loves playing Anne, despite her being what Reid says is a “right grumpy bugger." She asked Wainwright though not to never make her nice as “you get more laughs if you’re unpleasant.” 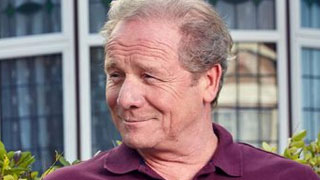 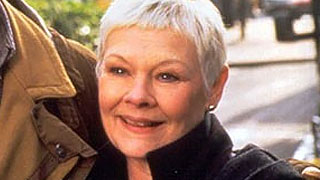