This week we pay tribute to beloved As Time Goes By actor Geoffrey Palmer, who died peacefully at home at the age of 93 on November 5th, following a short illness.

For someone who had no formal actor training, Geoffrey Palmer was a sought-after actor who worked almost constantly for over sixty years. His last film role was in a yet to be released film about author Roald Dahl and his tumultuous marriage to actress Patricia Neal. Based on the book An Unquiet Life by Stephen Michael Shearer, the film, which is in post-production, stars Hugh Bonneville as Dahl and Keeley Hawes as Neal.

Palmer’s first television role was in 1955, and while, judging from his list of television credits, he was a permanent fixture in British living rooms, it would be another two decades before Palmer found celebrity status in The Fall and Rise of Reginald Perrin. His role was the hapless ex-soldier, Jimmy Anderson, which he played for all three series. As you can see in this video clip from the show, Palmer perfected a style of comedic acting that he’d replicate over and over again to great success.

One of the most memorable characters Palmer played was that of Doctor Price in the Fawlty Towers episode, The Kipper and the Corpse. Another was of a butterfly-collecting dentist, Ben Parkinson, in the series Butterflies.

Palmer’s most successful and most memorable character, of course, was that of Lionel Hardcastle, in As Time Goes By. From 1992-2005, over nine series and two specials, Palmer and his co-star Judi Dench, acted out a rekindled love affair that made them as popular in this country as in the U.K. Dench and Palmer also appeared together in the James Bond film Tomorrow Never Dies.

In real-life Palmer was married for over 50 years, to Sally Green. Palmer is survived by Green and their two children, Charles and Harriet. 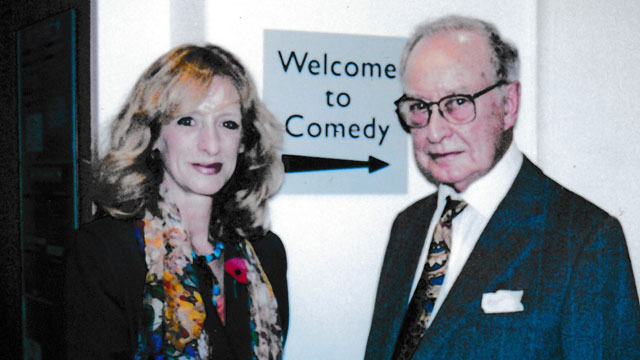