The Best in British Drama on MPT Passport

MPT has been bringing you the best drama from across the pond for over 50 years. We’re delighted to present these newly available British series to stream right now on MPT Passport.

Whether you’re looking for a new romance, a first class adaptation of a classic novel or a thrilling mystery, MPT Passport is your key to hours of delightful binge worthy drama! 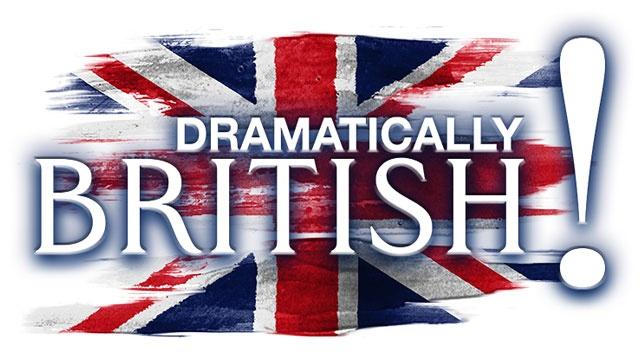 This entertaining new series pits cake-baking colleagues against each other in the ultimate office competition – the battle to be crowned the best baker in the business. Amateur bakers from all walks of life come together to craft their best cookies, scones, cakes and brownies. Once the dough has risen and the dust has settled, who will take home the Flour Power trophy?

Emma Woodhouse delights in the conviction that she's the perfect matchmaker. But she's playing a dangerous game as she persuades her new friend, the young, pretty and socially inferior Harriet, to reject a marriage proposal to a local farmer in favor of dashing Mr. Elton. So begins a story which challenges Emma's naivety, her social preconceptions and her own relationships.

On the streets of 17th century Paris, law and order is more a fledgling idea than reality, and the Musketeers, Athos, Aramis and Porthos, are far more than merely royal bodyguards for King Louis XIII; they are inseparable, loyal unto death and committed to upholding justice. However the growth of the Cardinal's Red Guards sees the Musketeers marginalised and discredited.

Jane Austen’s final and incomplete novel, written only months before her death in 1817, Sanditon tells the story of the joyously impulsive, spirited and unconventional Charlotte Heywood (Rose Williams) and her spiky relationship with the charming, enigmatic Sidney Parker (Theo James).

Young orphan Esther Summerson is brought before London's High Court of Chancery with Richard Carstone and Ada Clare, wards of court who are caught up in the infamous and never-ending case of Jarndyce and Jarndyce. Meanwhile, Lady Dedlock finds her world turned upside down when her husband's lawyer Tulkinghorn gets wind of a dark secret in her past, and begins a deadly game of cat and mouse. Starring The Crown's Gillian Anderson.

Based on the works of Elizabeth Gaskell, Cranford is set in the titular town during the 1840’s. This comedy-drama shares the lives of the numerous townsfolk, from new arrivals to middle-classed widows, as they navigate romance, death, and other social entanglements. Originally released in 2007, Cranford is filled with fascinating drama and romance and stars the always delightful Judi Dench and Imelda Staunton.

Judi Dench and Imelda Staunton return in this follow up series which picks up the story in 1844. While some things haven’t changed for Miss Matty Jenkyns and the townsfolk of Cranford, plenty of new characters come to town to stir up the drama.