MLK Speaks: A Conversation with America

On June 9, 1963, Dr. Martin Luther King, Jr. was the special guest on a national television talk show hosted by David Susskind, a renowned producer well remembered for his interviews discussing social issues of the 1960’s, such as race, sexuality, and the Vietnam War. Susskind risked his life and career by conducting this wide-ranging interview with Dr. King.

Among the subjects discussed were:

The interview so rattled the White House that President Kennedy responded by going on national television to defend his Administration's positions and to outline his push for what would later become the Civil and Voting Rights Acts of 1964 and 1965.

Despite its historical importance, this 1963 interview with Dr. Martin Luther King, Jr. had been seemingly lost to the sands of time. However, it has been unearthed and restored by The Paley Center, and it will now be presented again - in full - for the first time since its original airing.

Many of the issues discussed almost 60 years ago by King and Susskind are still prevalent today. This special presentation from MPT in partnership with WEAA (who will simulcast our block of coverage) will include discussion with students, historians and journalists in conversation about Dr. King's words in the context of the 2020 election and the state of race relations in our nation. The uninterrupted broadcast of the King interview will follow in its entirety beginning at 9pm.

Segment 1: What's Happening in America?
Discussion to place the King interview in context

Segment 3: What's the State of our Union?
Discussion with Journalists and Historian Roundtable

Segment 4: Preview of the Interview

Introduction and set-up of Susskind/King historic interview, with a timeline of Civil Rights milestones achieved and defeats from 1963 to today 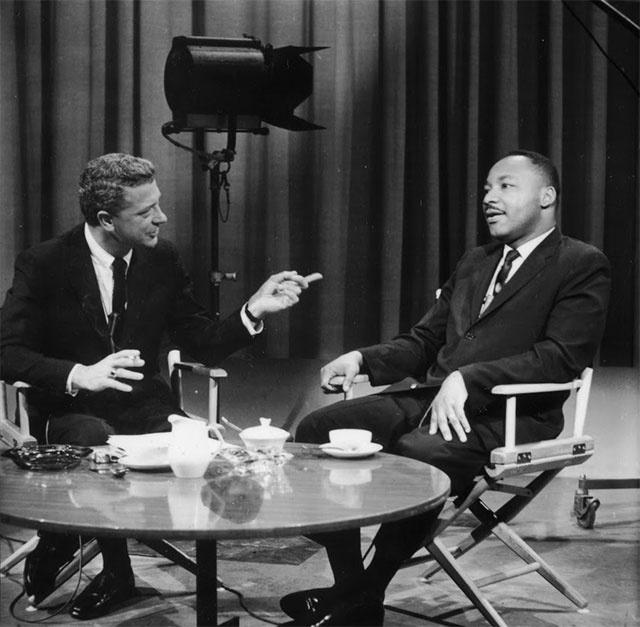 Final Discussion with Journalists and Co-hosts

"Where do we go from here? We must massively assert our dignity and worth. We must stand up amid a system that still oppresses us and develop an unassailable and majestic sense of values."