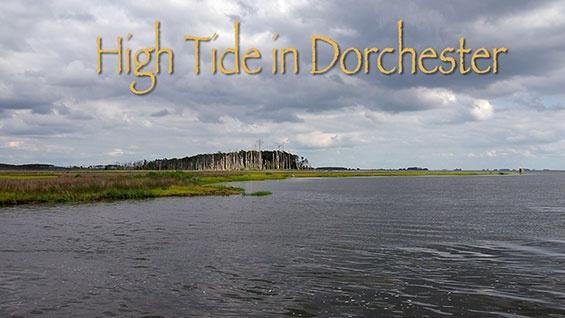 High Tide in Dorchester aims to create a conversation about climate change, along with related impacts of sea level rise and erosion, and leverage that conversation into action. Locations around the country already have growing concerns for the future that increasingly faces coastal areas worldwide, including Dorchester County, MD. This low-lying county on the Eastern Shore of the Chesapeake Bay is the fourth largest of Maryland’s 23 counties by land area, but it is destined to drop to the 14th largest by 2100 - or sooner - as waters rise and erosion worsens. Dorchester is fast becoming the coal miner’s canary; ground zero for the Chesapeake Region.

High Tide in Dorchester is a wake-up call: It’s time for a retreat from the shoreline, of which the Chesapeake estuary has some 11,000 miles. Historically, millions of people have sought to live as close to that shoreline as possible, but few communities are doing adequate planning to meet the imminent challenges of restraint, retreat and adaptation to living on the edges of a rising tide.

Rising seas also threaten many species of waterfowl and other birds that nest in these extensive wetlands. It is imperative that we give our wetlands space to migrate upland as they are flooded in the lowlands. The film also looks closely at the Blackwater National Wildlife Refuge, where scientists and managers are already dealing with the impacts of the rising tide. 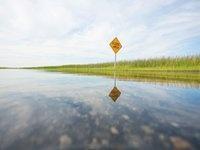 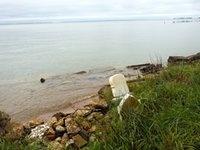