Keeping the Potomac: The Politics of Water 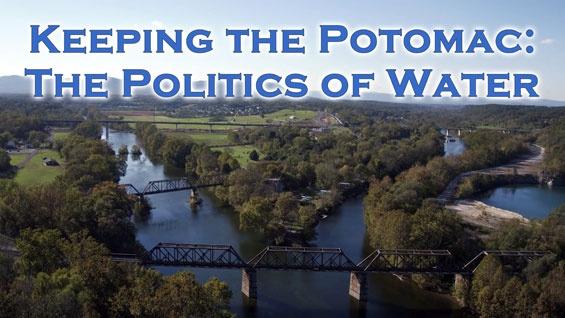 Keeping the Potomac: The Politics of Water - Promo Clip

More than six million people live in the Potomac watershed area. Whether they know it or not, some of the very infrastructure that supports their modern lifestyles is poisoning the Potomac River. It is the mission of three River Keepers to patrol the Potomac and do what they must to protect it.

In the Shenandoah River, a major tributary to the Potomac, fish kills caused by algae are common and an obvious concern for River Keeper Mark Frondorf.One of the major sources of pollution in the Shenandoah is nutrient runoff from farms. Although Mark works tirelessly to encourage farmers to fence their animals out of waterways, many farmers do not engage in best management practices, which will protect the river from these dangers.

On the Upper Potomac river, River Keeper Brent Walls monitors the river for the Potomac Riverkeepers Network. One of his greatest concerns is a pipeline that pumps a foul smelling brown fluid into an otherwise pristine section of the river 24 hours a day. The effluent comes from a nearby wastewater treatment plant operated by the Upper Potomac River Commission. The effluent poses a danger for fish and wildlife in the river and increases the water temperature to unnatural levels.

As the Lower Potomac Riverkeeper, Dean Naujoks contends with many sources of pollution. One source, the Coal Ash Disposal Ponds at Possum Point Power Plant, has drawn the attention of local residents, environmental activists, and state legislators. These groups are concerned with Dominion Power's claim that their coal ash disposal program is safe. We follow Dean as he fights against a serious threat to not only the Potomac River, but also the health of those who live near its banks.

This program was produced by graduate film students at American University's School of Communication's Center for Environmental Filmmaking.