My Greek Table with Diane Kochilas

In Season 3 of My Greek Table, Diane turns her focus to the culture and cuisine of Greece’s coastal areas and islands.

Diane takes viewers to cosmopolitan Mykonos for a look at its agrarian secrets, to Tinos, an architectural gem with amazing local cuisine and a visit to one of the country’s most renowned marble sculptors. On Paros, she visits a young farmer who left the rat race to focus on sustainable agriculture. In Naxos, famed for its meat and potatoes, she cooks up an outdoor feast with a few local ladies and learns the secret to stuffing a whole lamb. In a survey of the Dodecanese she cooks up a storm inspired by some of Greece’s most storied Aegean islands.

Along the Athenian Riviera, just a half hour from dazzling Athens, she explores the wonders of a whole other city, with dazzling nightlife, renowned denizens and life along the coast, just a few miles from the Greek capital. In the south, near the tip of the Peloponnese, Diane delves into the delicacies of Messinian cooking, where olive trees are literally everywhere, and also runs (and eats) for health and wellness with a world-famous ultramarathoner.

Diane also travels to the Ionian for an exploration of the Venetian influences on Greek cuisine, and to the island of Evia, for a mushrooming expedition, exploration of local wines, and discovery of one of the wonders of the Mediterranean.

Travel to Greece and explore its healthy, delicious food without ever leaving your living room. Join Diane Kochilas, award-winning cookbook author, television personality, consulting chef, and one of the world’s foremost authorities on Greek cuisine, for Season 2 of her popular cooking program My Greek Table With Diane Kochilas.

With 13 new episodes, the seriestakes viewers to the source, as Diane introduces the breathtaking natural beauty, fabulous food, easy and nutritious recipes, and the unmatched hospitality Greece is known for worldwide.

My Greek Table showcases Diane’s easy to follow recipes, simple techniques, irresistible recipes, and stimulating commentary, all of which rank her among the top culinary authorities on Greek and Mediterranean cuisine.

“Greek cuisine is an endless source of inspiration for me. Rich with history but also modern and timely. There is so much to discover beyond the clichés like souvlaki and tzatziki,” says Kochilas, a New York native who divides her time between Athens, Ikaria, New York, and Boston.  “WithMy Greek Table, Iwant to share my passion for a culture and cuisine that continues to inspire me every day.”

My Greek Table with Diane Kochilas

With 13 amazing episodes, the series will introduce viewers to the stunning vistas, fabulous food, easy, nutritious recipes, and the unmatched hospitality Greece is known for worldwide.

What makes My Greek Table With Diane Kochilas different? 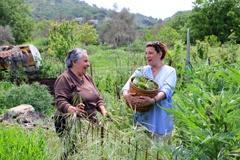 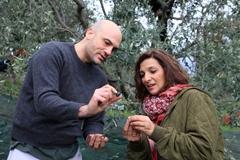 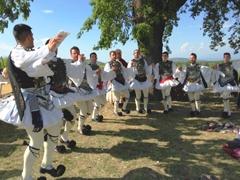 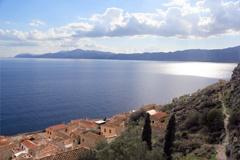