Backs Against The Wall: The Howard Thurman Story 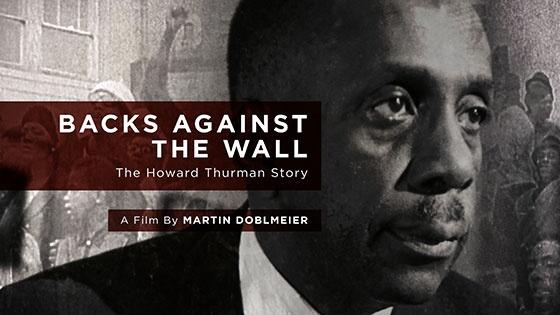 Backs Against The Wall: The Howard Thurman Story

Backs Against the Wall: The Howard Thurman Story explores the extraordinary life of a man who, in his heart, was a poet and “mystic.” Yet through his religious expression, Thurman helped ignite sweeping social change. Though he was born the grandson of slaves, Howard Thurman went on to become one of the great spiritual and religious pioneers of the 20th century whose words and influence continues to echo today.

His landmark book, Jesus and the Disinherited, was the first to claim that Jesus Christ – who was born in poverty as part of a powerless minority – lived a life that spoke directly to Black Americans. Martin Luther King, Jr. not only regularly attended Thurman’s services, but he carried Thurman’s writings with him on the historic marches to Selma and Birmingham. King found Thurman to be a treasure and often drew from him in his own speeches and writings. Congressman John Lewis calls Howard Thurman the “patron saint” of the Civil Rights Movement.

In 1935, Howard Thurman made a publicized trip to India and became the first Black man invited to counsel with Mahatma Gandhi. From that meeting, Thurman brought back a vision that helped create a framework for imagining non-violent resistance not just as political strategy but as a lifestyle. That vision provided a direction for the Movement that changed world order.

In his own time, Thurman was a celebrated religious figure with profiles in major magazines like LOOK, Ebony and others. His efforts at the height of World War II to create the nation’s first interfaith, inter-racial church stands as a precursor for many contemporary faith communities. And for millions today who consider themselves “spiritual but not religious,” Thurman’s poetry, meditations, sermons and prayers continue to be wildly popular.

Jesse Jackson, Congressman John Lewis, Otis Moss, Jr and other leaders in the Civil Rights Movement speak throughout the film about Thurman’s “spirit” being foundational. Actor Keith David voices the words and writings of Howard Thurman. 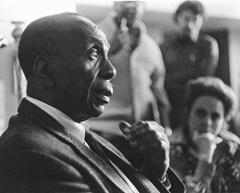 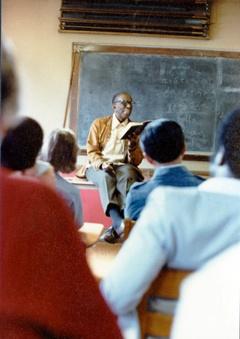