In Money We Trust? 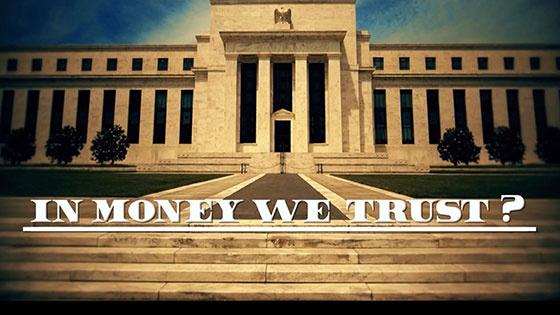 In Money We Trust? is an illuminating documentary that answers the question, “what is money?”

In a narrative that began in ancient times and takes us to the present day, In Money We Trust? explains how, 2,500 years ago, the invention of money provided a shared measure of value that facilitated trade and cooperation between strangers. Sound, trustworthy money has throughout history fueled great human achievement—from the emergence of philosophy to the high-tech revolution. The program also explores the destructive consequences that ensue when inflation or other forms of instability cause money not to be trusted. In the most extreme instances, such as in Weimar Germany or present-day Venezuela, the economy—and social order—collapses.

This timely documentary shows how the loss of trust in money during modern times has given rise to cryptocurrencies, greater income inequality and social turmoil. Featured are more than 20 distinguished experts including former Federal Reserve Chairmen Alan Greenspan and Paul Volcker; and Adam Fergusson, author of “When Money Dies,” the definitive history of the Weimar hyperinflation.

Based on the book, Money: How the Destruction of the Dollar Threatens the Global Economy – and What We Can Do About It by Steve Forbes and Elizabeth Ames. Produced by Maryland Public Television, Our Town Films and BOLDE Communications.

News outlets in your market interested in phone interviews with Steve Forbes about the film In Money We Trust? may contact Christina Vega at Forbes: cvega@forbes.com